Murder at The MET is a printable murder mystery game to be played by 8 people aged 14 years or over. It contains an Instructional PDF, Host Guide, Evidence Pack, and Character Booklets. The game is four rounds and the characters are all female.

The MET Gala is fashion’s biggest night out, and the theme this year is Decadence and Danger. The theme is inspired by the museums current  collection of highly flammable dresses and robes; headdresses and crowns made of poisonous mushrooms and flowers; luxurious dresses dyed with arsenic; and a display of poisonous dyes.

You’ve walked the halls, admired the exhibits, watched the first show of the night and have been seated down for dinner when suddenly the biggest name in producing, Victor Tim, drops dead at the table. Everyone seated at your table has been taken into a separate room to await questioning, but you have some questions of your own.

Victor Tim - A prodigy of producing. He’s worked on recording albums, music videos, television, live tours, movies and choreography. Critics have lauded all of his work and they say anyone who works with him is guaranteed to have a rise in fame.

Tyla Blank - A stunning and daring supermodel, she’s been on the 'Hottest 100 Women' list ten years running and has been voted Sexiest Woman Alive for three of those years. She's a busy woman and takes her career seriously, only taking breaks to spend time with her husband and kids.

Karmen Kardasia - The youngest daughter of the most well known family on TV. She'll do anything to set herself apart from her older sisters and is currently dating Victor, a man old enough to be her father.

Queen B - A highly talented prolific singer who appears to have the world at her feet. She is adored by many and only seems to be disliked by people who want to have ‘controversial opinions’.

London - A ditzy socialite who is just as wealthy as she is well-connected. She knows all the best restaurants, clubs, people and secrets in every state capital of America.

Madame GooGoo - An eccentric performer who would do anything to put on a good show. She heavily researches her own work, promotes strangeness and has a large cult following.

Emmy Cyrell - A young actress who has been the beloved face of a family friendly channel since she was a teenager. Her contract with the channel has recently ended and she has been vocal about starting fresh and taking her career in a new direction.

T-Sizzle - An ex-country singer who is desperately trying to get into rap despite her goody two-shoes appearance. She made it to the top of the charts countless times in her country days, but her transition to rap isn't going as well as she planned.

Jenny Law - A new face to big budget acting but she has starred in two of the major indie films of the year. She has a natural beauty and effortless cool girl vibe which has ingratiated her with the public.

Murder at The MET.zip 1 MB 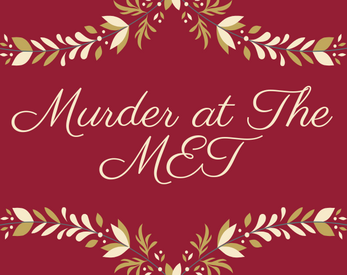